Demand for flexibility continues to grow…

When looking to understand the current and future business landscape, most commentators look to the large listed corporates for answers. Yet it is the private sector, and in particular the small-medium-sized enterprises (SMEs), that play a crucial part in the UK’s success. The demand for flexibility comes not least because the UK is a nation of SMEs – which represent 99% of all UK businesses and, in London, account for just over half of all private sector jobs. It is these companies that want the freedom of flexibility, especially in a time of uncertainty.

Whilst serviced offices have been an offering for a number of years, the breadth of the packages now in the market and the pace in which providers have launched them has put pressure on landlords and developers alike to strike back and reclaim some of the market. Landlords have had to come up with a new level of fit out to engage with potential occupants, but the degree in which these spaces are designed is vastly varied. For some providing a similar service/product to the co working phenomenon has been the initial response. British Land launched its flexible workspace brand Storey in 2017 and has since grown its portfolio of centres across London to 10. In the same year Blackstone took a majority share in The Office Group (TOG) and the Carlyle Group entered the market with the Uncommon brand. Others have now followed, with recent launches from the likes of LandSec in Victoria and The Crown Estate in Mayfair/St James’s.

The enhanced finish known as CAT A Plus 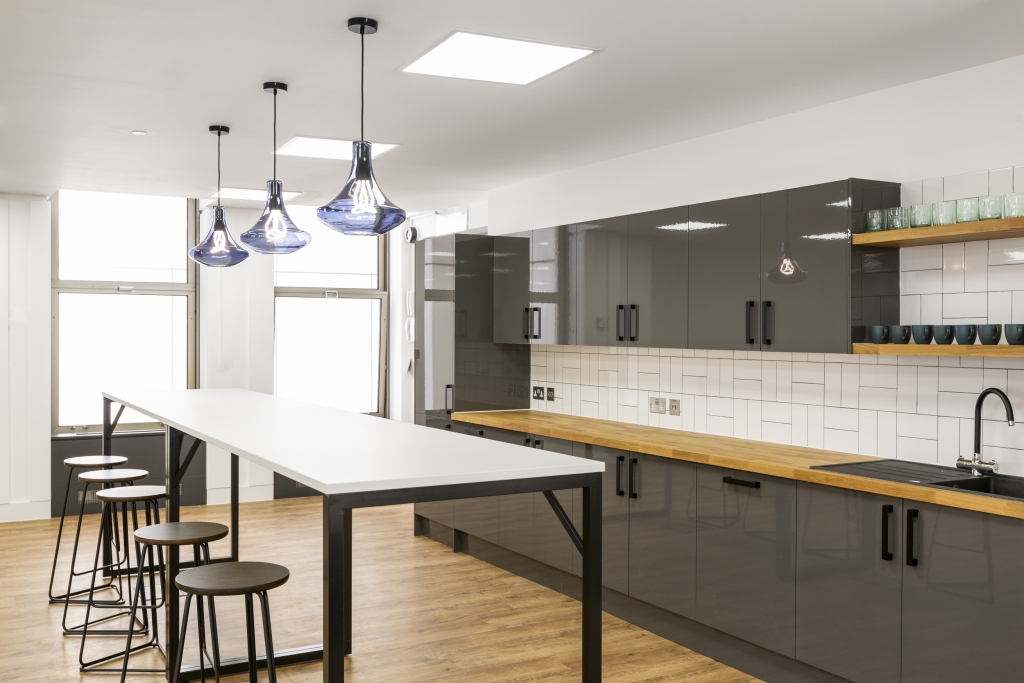 Attracting a business to a space is half the battle, for most part serviced office providers are able to deploy their fully functioning centres as a means to win over a tenant with slick décor, design and services.

Landlords are increasingly having to look at delivering their spaces to an enhanced finish, now known as CAT A+, ‘plug and play’ spaces, rather than just the more common practice of a landlord’s spec (be that shell & core or traditional finish that still requires design and build services – known as CAT A), in order to differentiate their spaces. This can start to look attractive to tenants with a ready to go solution for their business to thrive in, minus the large investment in design and build. It is along these lines that landlords have started to roll out managed solutions for their own properties, including the fit-out and running costs too. Whilst this is already undertaken by a number of serviced office providers, the arrival of landlords to this part of the market will be a departure from the norm for some and require additional in-house talent.

Although this plug and play solution requires more up-front investment from the investor, developer or landlord, it allows them to secure tenants sooner and eliminates the need for rent-free periods because the space is ready to go from day one.

Whilst landlords are responding to these market changes, ultimately, the pressure is on them to continue to innovate in order to to maintain a competitive edge, compete with flexible office providers, and attract and retain tenants. The need for landlords to be flexible, to understand their customer and to communicate with them effectively, is stronger than ever.